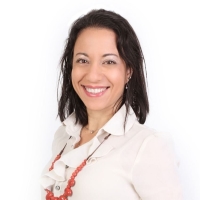 Merav Ben-Hur Saban specializes in corporates and securities laws. Her practice focuses on advising publicly traded companies, including in private and public fundraisings, mergers and acquisitions and bond arrangements.

Adv. Merav Ben-Hur Saban worked in a number of well known law offices and as an inhouse consultant for two public companies traded in TASE.

Merav holds an LL.B. from the College of Management Academic Studies in 2003 and was admitted to the Israeli Bar Association in 2004.